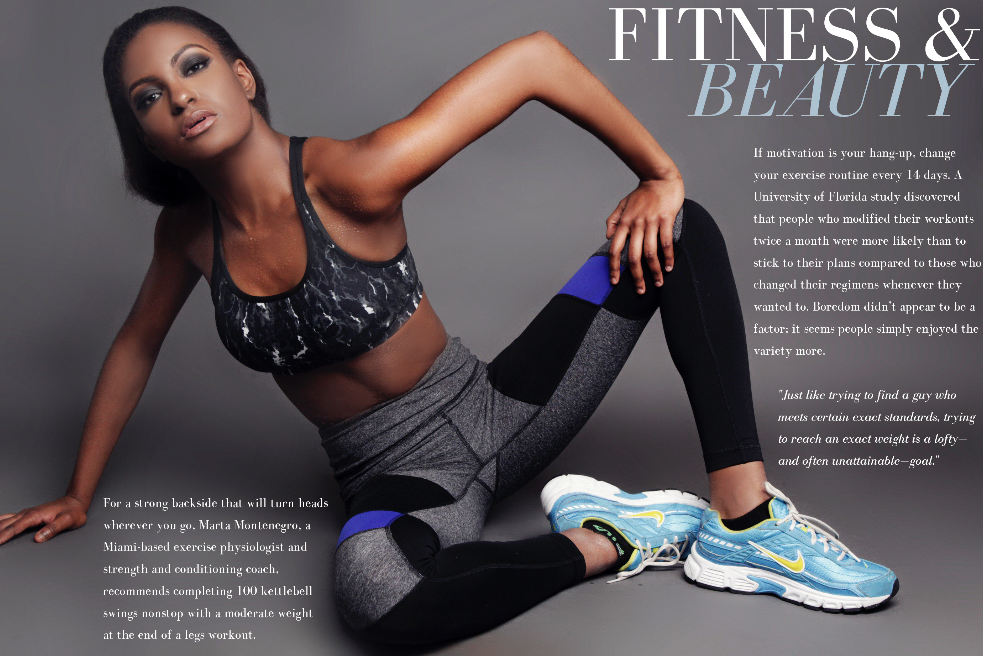 As a professional fashion photographer, Ricardo Andre says the secret to ripping the runway is sparring in the gym!

The same women you see strutting their amazing bodies in lacy bras and panties and teeny string bikinis also frequently pull on boxing gloves and step into the ring. That’s right, some of the top Victoria’s Secret models incorporate boxing into their workout routines. If that’s not enough to convince you to add boxing to your regimen, these eight betcha-didn’t-know benefits will have you itching to start sparring.

Boxing Is a Total-Body Workout

A two-for-one cardio and strength workout, boxing targets the entire body, says Jessica Matthews, an exercise physiologist for the American Council on Exercise. “In addition to boosting strength and cardiorespiratory fitness, boxing improves a number of skill-related parameters of fitness, including balance, coordination, reactivity, and agility,” she says.

And with a potential burn rate of 13 calories a minute, boxing goes head-to-head with other types of cardio like running and cycling. Plan to punch away anywhere from 200 to 400 calories* per half hour. Thirty minutes of boxing in a ring torches 400 calories; 30 minutes of punching a bag burns 200 calories; and 30 minutes sparring with a partner blasts 300 calories, Matthews says. [Tweet this fact!]

*All estimates based on a 140-pound individual

Perhaps the ultimate high-intensity interval training workout, most boxing rounds alternate between periods of maximum effort and active recovery. “It is both an aerobic and an anaerobic workout,” says Antonio Valverde, a boxing instructor and owner of Elite City Fitness in New York City. That means as the workout intensity increases, your body requires more energy than aerobic metabolism can provide, and suddenly you’re also in anaerobic training territory—the type of exercise that builds strength, speed, and power, and boosts your metabolism. So, compared to running at a steady clip, boxing burns more calories in less time.

Want a serious six-pack? Skip the sit-ups and get in the ring instead. “Boxing is extremely taxing on the core,” Valverde says. “Your hips need to rotate in order to get full extension and deliver a more powerful blow.” And since you’re burning more calories than you would lying on the floor for isolated abs work, you’ll be ready to show off that flat belly sooner.

You had a long day at the office, or you fought with your boyfriend, or your mom’s driving you crazy—whatever’s got you ready to snap, boxing will help you calm down. “There’s nothing better to release some stress than punching a mitt or a heavy bag,” Valverde says. “The adrenaline that is released during boxing and the hormonal response far exceeds any physical benefits.” Not only is hitting something a healthy and productive way to help you let go of tension, the rush of endorphins released are also likely to make you happier too.

Fine-tuning coordination probably isn’t high on your list of gym goals right now, but it should be. Coordination helps you perform better in any workout and strengthens the brain-body connection, boosting your body awareness so you can tune in to how you’re feeling physically. While most exercise routines don’t do much in this department, hand-eye coordination is key for boxing. Punching a bag or sparring requires focused movements and amazing recall, challenging your muscles and your mind, says former championship boxer Michael Olajide Jr., author of Sleekify and co-owner of Aerospace in New York City.

Most cardio focuses on the lower body. With boxing, however, your primary moves come from your upper half, making it a great cross-training option when you want to bust a running or cycling rut, or knock out some cardio that won’t tax your legs too much. [Tweet this tip!]

It’s easy for your fitness routine to become, well, routine, but boxing will keep you on your toes. Unlike running on the treadmill, there’s always something new to learn. “Boxing is a never-ending fitness challenge,” says Olajide, who trains Victoria’s Secret models Adriana Lima and Doutzen Kroes. “No boxer who has ever gloved up has mastered all aspects of boxing, so when given a knowledgeable boxing trainer, it will never get boring.” And that means your muscles will never start yawning, so your body will continue improving too.

Forget tire flipping and box jumping—boxing can be a safer (yet just as effective and demanding) alternative to some of the riskier heart-pounding workouts out there. “Your body moves exactly the way it was intended to move, just at elevated speeds,” Olajide says. “Plus you can train with the same intensity and purpose of a competitive boxer in your home or gym. That’s not necessarily so for other fitness endeavors.”

This site uses Akismet to reduce spam. Learn how your comment data is processed.